Faiz Rahman has joined the Practice in October 2016. He is a qualified Prosthetist & Orthotist (P&O) with a Bachelor Degree in Prosthetics and Orthotics with additional qualification of Master in Business Management.

He has more than 17 years of world class clinical and managerial experience around the Globe.  Soon after he finished his education in 2004, Faiz  had served ICRC deployed in Afghanistan. He worked as clinical P&O in East Timor for 2 years in a project initiated and run by Cambodia Trust. In mid 2007 he joined Handicap International as P&O Trainer deployed in Srilanka. After a year in the program he was promoted as Project Manager to established and run a Prosthtic and Orthtic Centre in Eastern Province of Sri lanka and Haiti (South America) till 2010.

From 2011 to 2016 Faiz had joined Hamad Medical Corporation (HMC) State of Qatar as a Clinical P&O Supervisor and had been running Postural Management & Mobility Services.

Apart from his clinical interest in lower limb & spinal orthotics he has interest in managemnet. 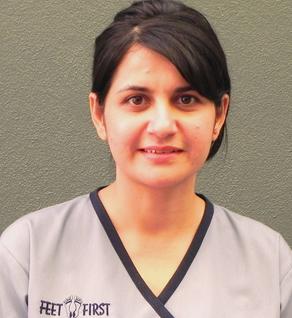 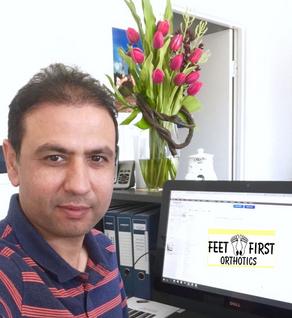 Feet First Orthotics  was initiated and founded in 1996 by  Leonie Walton an orthotist graduated from Latrobe University  25 years ago. Over the years, Leonie has gained experience in both handmade and computer aided manufacturing techniques, however still chooses to make all orthoses and appliances by hand for accuracy and versatility in the design process over the convenience of technology.

Due to the establishment & functioning of clinics at different locations on the Sunshine Coast and strong links with hospitals and clinics, the number of referrals has  increased greatly over the years. Due to individualised, comprehensive and convenient service to patients, Feet First Orthotics and Prosthetics has  privilege to extend orthotic and prosthetic services to Moreton Bay Region and North Brisbane from January 2021.

We have been serving the Sunshine Coast for more than 25 years highly specialising in custom made orthoses and prostheses. 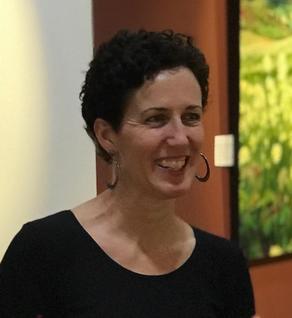 Basreen studied Prosthetics Orthotic at the Peshawar University and completed her Bachelor degree in 2005.

She has 16 years of clinical and technical experience in prosthetic and orthotics including the experience she gained  in Middle East from 2008 to 2016. On arriving in Australia in 2016 she joined Feet First Orthotics whilst obtaining Bachelor degree in Prosthetics and Orthotics from the University of Sunshine Coast.

She took an opportunity to work with senior technicians and clinicians of the two public hospitals in Brisbane. Basreen enjoys the diversity of prosthetics and orthotics with particular interests in lower limb prosthetics and pediatric orthotics.